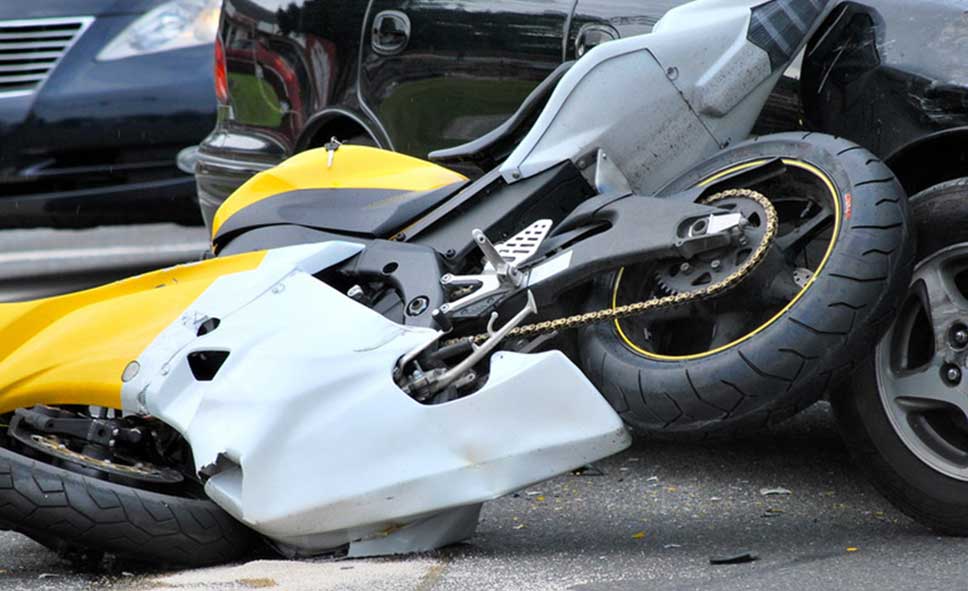 With good weather now upon us, motorcyclists and the motoring public are being reminded to work together to keep motorcycling safe.

The Ontario Provincial Police say that over the past five years there have been over 150 motorcycle fatalities and in approximately half of those collisions the motorist was at fault, not the motorcyclist.  According to the OPP, “… many of these types of collisions are preventable, if drivers signal their intention to change lanes, use side and rear view mirrors properly, conduct a proper shoulder check and remember to check the blind spot.”

The OPP also urge motorcyclists to wear highly visible clothes and equipment, and use proper lane positioning to increase their chances of being seen.  “The solution is simple: ride and drive within the law.”

Contrary to popular belief most motorcycle accidents are not caused by wet roads, reckless decisions and young drivers. Rather, most often, they are caused by inattentive vehicle drivers or inexperienced motorcycle operators between the ages of 45 and 64.  Over 90% of all motorcycle accidents in Ontario occur during clear weather and dry road conditions.

Most Common Causes of Motorcycle Accidents in Ontario

1. Car Turning Left In Front Of You
This is the cause of most motorcycle accidents in Ontario. The driver of car fails to see or misjudges the speed of the motorcyclist incorrectly before making a left hand turn at an intersection. Automobile drivers often report not seeing the motorcycle prior to making the turn.

2. Car Changes Lanes Into Your Lane
Drivers looking for cars often fail to spot motorcycles prior to changing lanes. This is usually because motorcycles fit into blind spots more easily. Many drivers also forget to use their directional signal which can pose a surprise when a car suddenly swings into your lane.

3. Improper Lane Positioning
Motorcyclists often ride in the incorrect lane or lane position making it difficult for motorists to seem them. Riding in the wrong lane or “tire track” removes the “blocking position” which discourages other drivers from trying to squeeze past you in the same lane.

4. Entering A Corner Too Fast
Motorcyclists sometimes forget to slow down prior to entering a corner. This can cause a crash when the rider is either forced to veer outside the lane into the opposing lane, loses traction when learning too hard to remain in the lane, or loses control and sends the bike into a wobble.

5. Loose Gravel On Roads
Loose gravel on the road or side of the road can be a motorcyclists worst nightmare, especially when discovered on a turn.  Gravel, tree leaves, oil patches, and even animal dung can easily cause the front wheel to slide out from under you. Wet pavement on turns can also send your bike into a skid.

8. Alcohol
Alcohol is often found to be the cause of motor vehicle accidents resulting in fatality.  Alcohol impairs our judgement making it difficult to think clearly and react quickly.  Of 175 motorcycle fatalities over a 7 year period, alcohol was a determining factor.

The OPP continues to urge all drivers to be aware of their surroundings and always check for motorcycles before changing lanes, turning or entering into intersections.

If you have been injured or lost a family member resulting from a motorcycle accident in Ontario, contact the Curran Law Firm. You may be entitled to compensation for lost income, physical suffering, and current/future medical treatment. Our experienced team will investigate your case and pursue a fair settlement or trial verdict.

Peter Curran is a Personal Injury Lawyer with offices in Windsor and Chatham ON. He is an independent lawyer – that means he works for you and no one else.

The Most Common Causes of Motorcycle Accidents

Locations:
Offices in Windsor & Chatham ON